Khop_all is a whole-graph algorithm that does K-hop against all nodes of the entire graph, and returns the total number of k-hop neighbors found for each node.

Obviously, this algorithm is rather an expensive operation, especially on large graphs. Khop_all will be executed as a task (asynchronous execution mode, it will be pipelined if there are other tasks before it).

There are two types of CCs in terms of connection direction, WCC vs. SCC:

Example 1: Calculate WCC of a garph

Apply this uQL command to a graph with below structure:

And acquire below results: 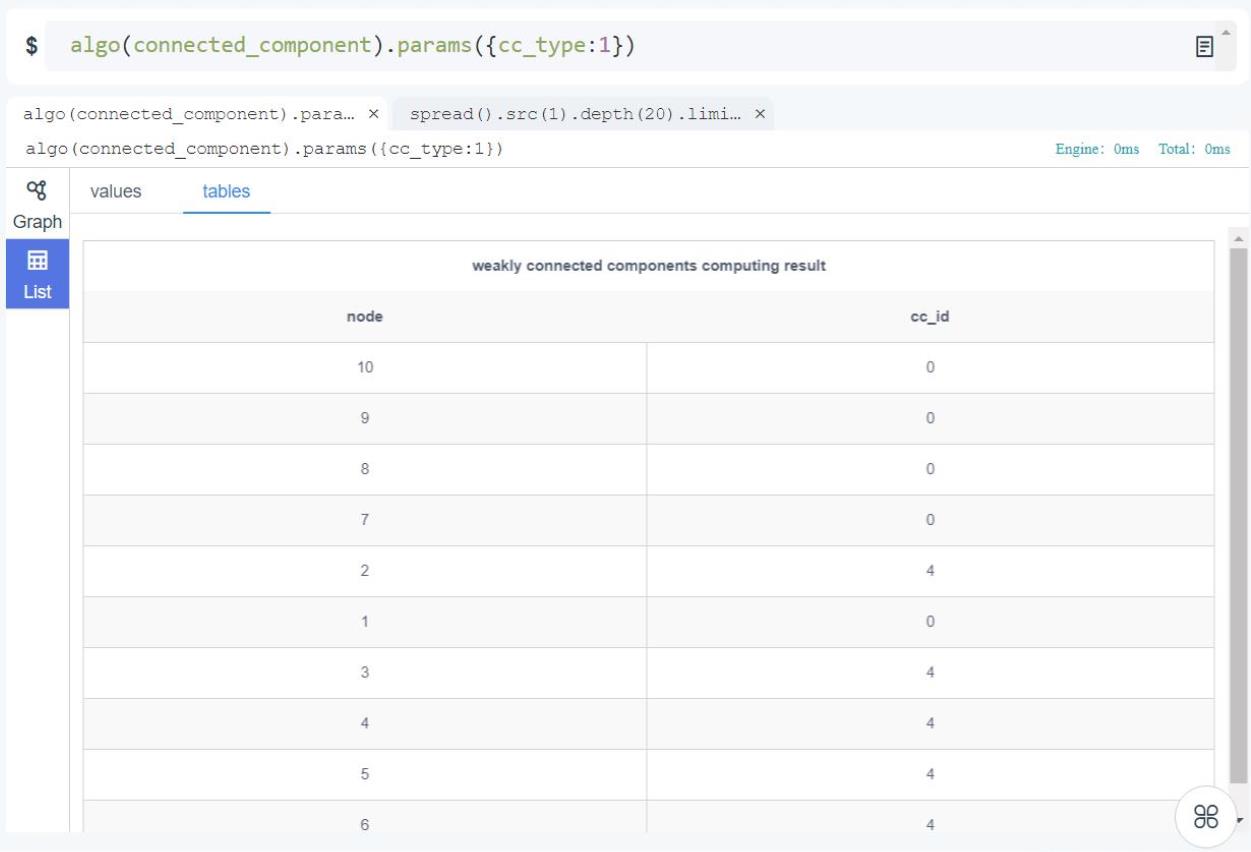 Triangle counting algorithm counts how many triangles are there in the graphset and returns the nodes or edges forming each trangle.

Triangle counting is an algorithm that's used to determine and gauge the stability of a graph, and is often used to construct more sophisticated graph algorithms. It's widely applied to measure the cohesiveness of communities within social networks, to measure how closely connected are the accounts (account holders) to each other in a banking system, etc.

It’s imperative to understand the difference between the <type> values:

Obviously, a triangle defined by nodes will be counted as different triangles when being defined by edges if there are multiple edges between any two of its nodes. In other words, 'count by node' will churn out a number smaller than 'count by edge'.

To best illustrate this, check out the below screenshot: 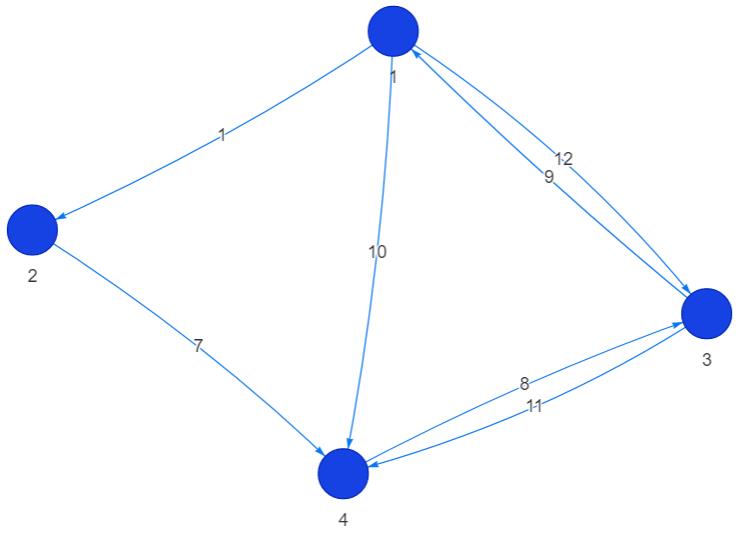 When aggregating by nodes, there are only 2 triangles; on the other hand, there are 5 triangles if we aggregate by edges (1 + 122).

It’s worthwhile to point out that some graph databases can NOT count and aggregate triangles by edges, which just misses the point of a graph database. Mathematically, a unique triangle is determined by 3 circularly connected edges sharing endpoints with each other.

Example: Launch Triangle Counting by edge against the graph in the previous illustration 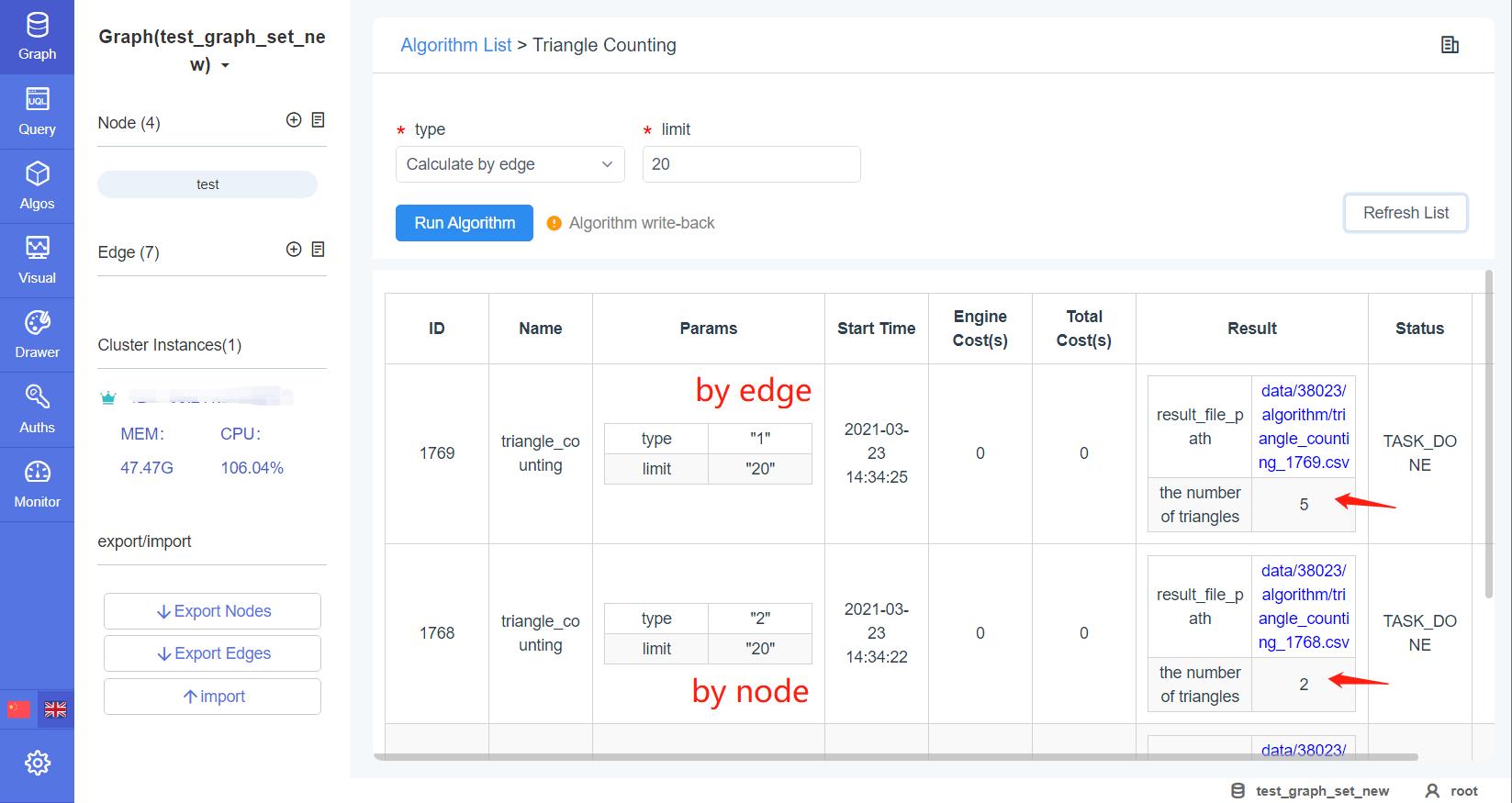 Figure: The 2 Modes of Triangle Counting (Note the Difference)

Common Neighbors calculates the shared (common) neighbors (1-hop) between two nodes, returns both the total number and the neighbors list.

Example: Calculate the common neighbors of node 12 and 13

To validate the accuracy of Common Neighbors, use template query to the rescue - calculate 2-hop paths from node 12 to 13 and use $count_distinct to count the distinctive in-between nodes:

Run this example in uQL CLI: 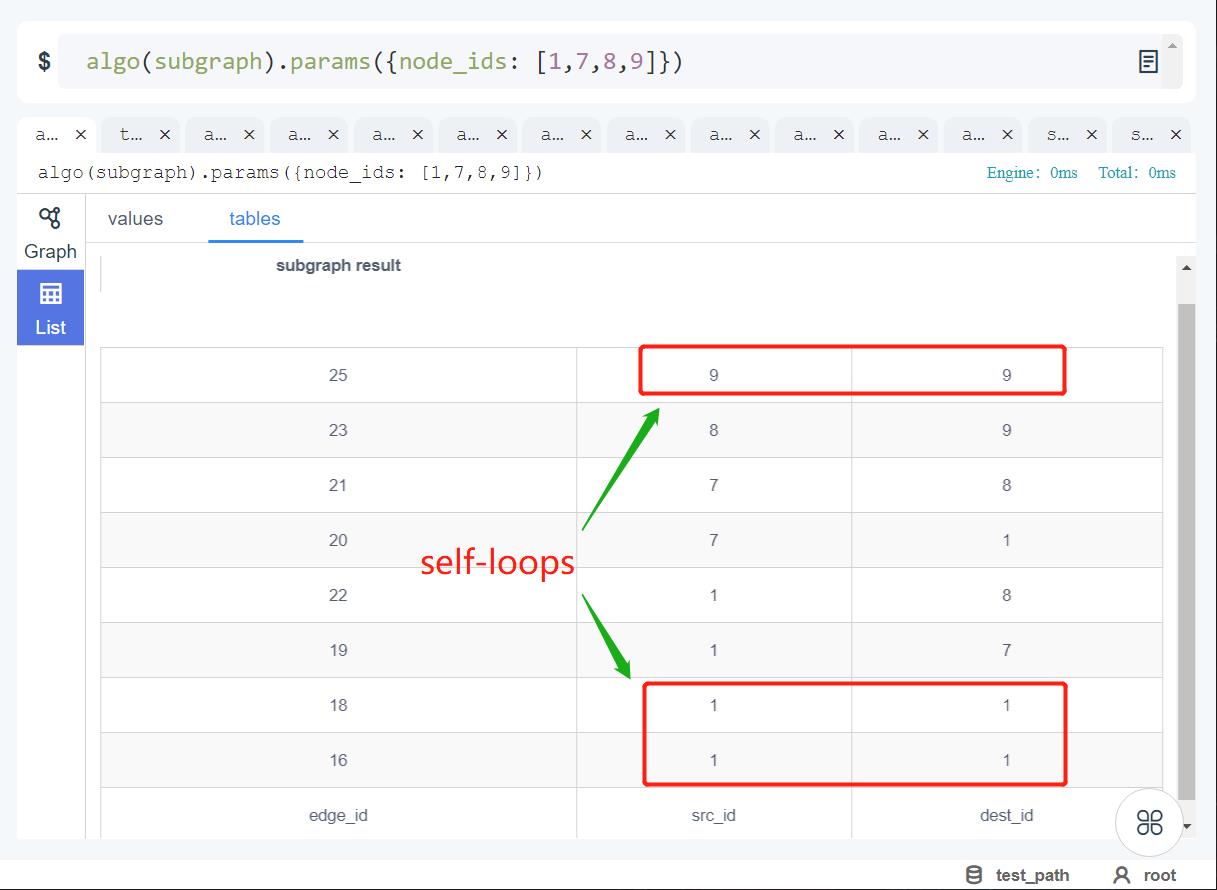 The screenshot below shows how subgraph algorithm is executed with Algos module in Ultipa Manager: