Example: The two K-Hop query statements in the image below produce two data streams of lengths 3 and 5, these two columns of data are non-homologous columns. 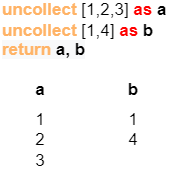 Example: The template query statement in the image below found multiple paths, with 4 end nodes after deduplication, it can be viewed that the deletion statement afterwards is executed 4 times in total, and deletes 1 node each time: 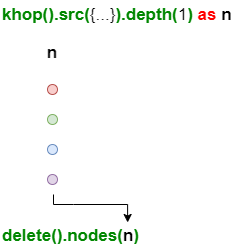 A query statement, which is executed multiple times according to the length of the data stream, produces a new data stream and its length equals to the sum of the number of results of each query. 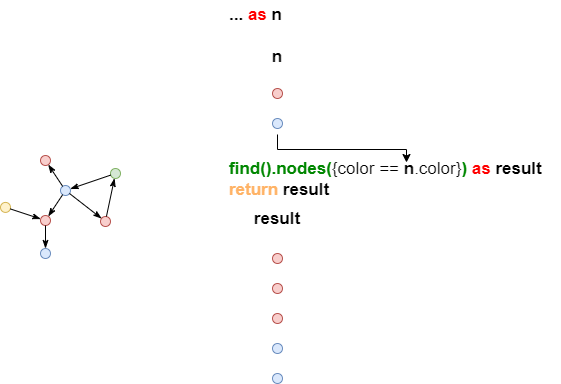 When multiple data streams are simultaneously used as the input to a chain statement, it can be understood that the number of times the chain statement executed equals to the length of the shortest stream.

Example: The template query statement in the image below produced two data streams of length 3 and 2, the longer data stream is trimmed to the shortest length of 2, eventually 2 rows of data are passed into the third query statement and 3 query results are obtained:

The vast majority of clauses require data columns to be executed clearly designated; a few clauses (such as SKIP, LIMIT) do not, for their execution objects are the results from their subsequent clauses.

Previous: Clause
Next: GROUP BY | Grouping
All
| close