The range of values of harmonic centrality is [0,1]; the larger the value, the closer the node is to the center.

Related materials of this algorithm:

The shortest distance is the number of edges in the shortest path between two nodes. Please refer to chapter Closeness Centrality for more details. 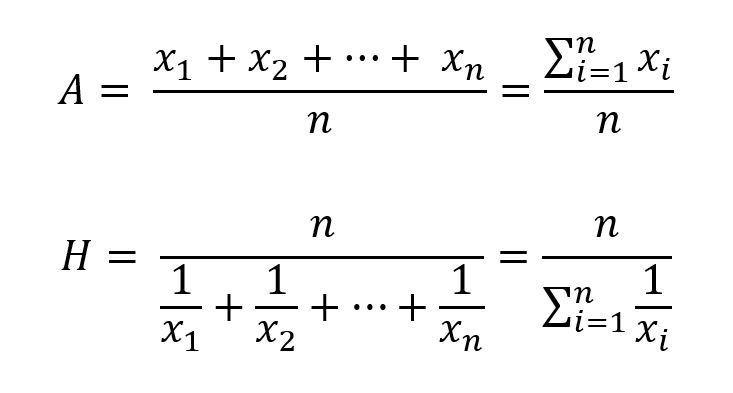 A classic application of the harmonic mean is to travel the same distance at different speeds. Suppose there is a round trip with a speed of 30 km/h for the departure trip and 10 km/h for the return trip, what is the average speed for the entire trip?

Some people might use the arithmetic mean to calculate A = (30+10)/2 = 20 km/h without thinking, but the result is not very reasonable. The departure trip takes less time due to the higher speed, and the return trip takes more time, the speed for most of the entire trip is at 10 km/h, so the average speed should be closer to 10 km/h.

Assuming the one-way distance is 1, the average speed which takes travel time into consideration is 2/(1/30+1/10) = 15 km/h, which is the harmonic mean, and this is the true average speed, it is adjusted according to the time spent per distance.

The harmonic centrality of a node is defined as the reciprocal of the harmonic mean of the shortest distances from the node to all other nodes in the graph:

Harmonic Centrality algorithm consumes considerable computing resources because all the shortest paths from a node in the whole graph are to be calculated. Ultipa may perform sampling harmonic centrality calculation on GraphSet with more than 10,000 nodes, and the number of the samples is the logarithm based on 10 log(number of nodes); user can configure whether to sample or not.

Harmonic centrality of node considers nodes in the graph, including lonely nodes and nodes in different connected components.

It's the shortest distance between nodes that harmonic centrality calculates, since self-loop edge doesn't constitute the shortest path, it does not participate in the calculation.

Take the graph of 8 nodes below as an example, run the Harmonic Centrality algorithm against all nodes: 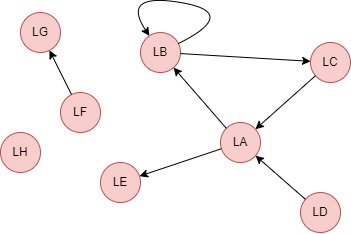 Algorithm results: Calculate centrality for each node while ignoring edge direction , return _id, centrality or _uuid, centrality according to the execution method

Example: Calculate harmonic centrality of all nodes, write the algorithm results back to file named centrality

Example: Calculate harmonic centrality of all nodes, write the centrality back to node property named hc