This section is dedicated to query results validation of 3 types of operations:

Let’s start with K-hop queries. First, let’s be clear of the definition of K-hop, there have been 2 types of K-hop:

No matter which type of K-hop you are looking at, 2 essential points affect the correctness of the query:

Some vendors use DFS to find shortest paths, this approach has 2 fatal problems:

Let’s validate the 1-Hop result of vertex ID=27960125 in Twitter-2010, first, we start from the source file which shows 8 edges (rows of connecting neighbors), but, what exactly is its 1-hop? 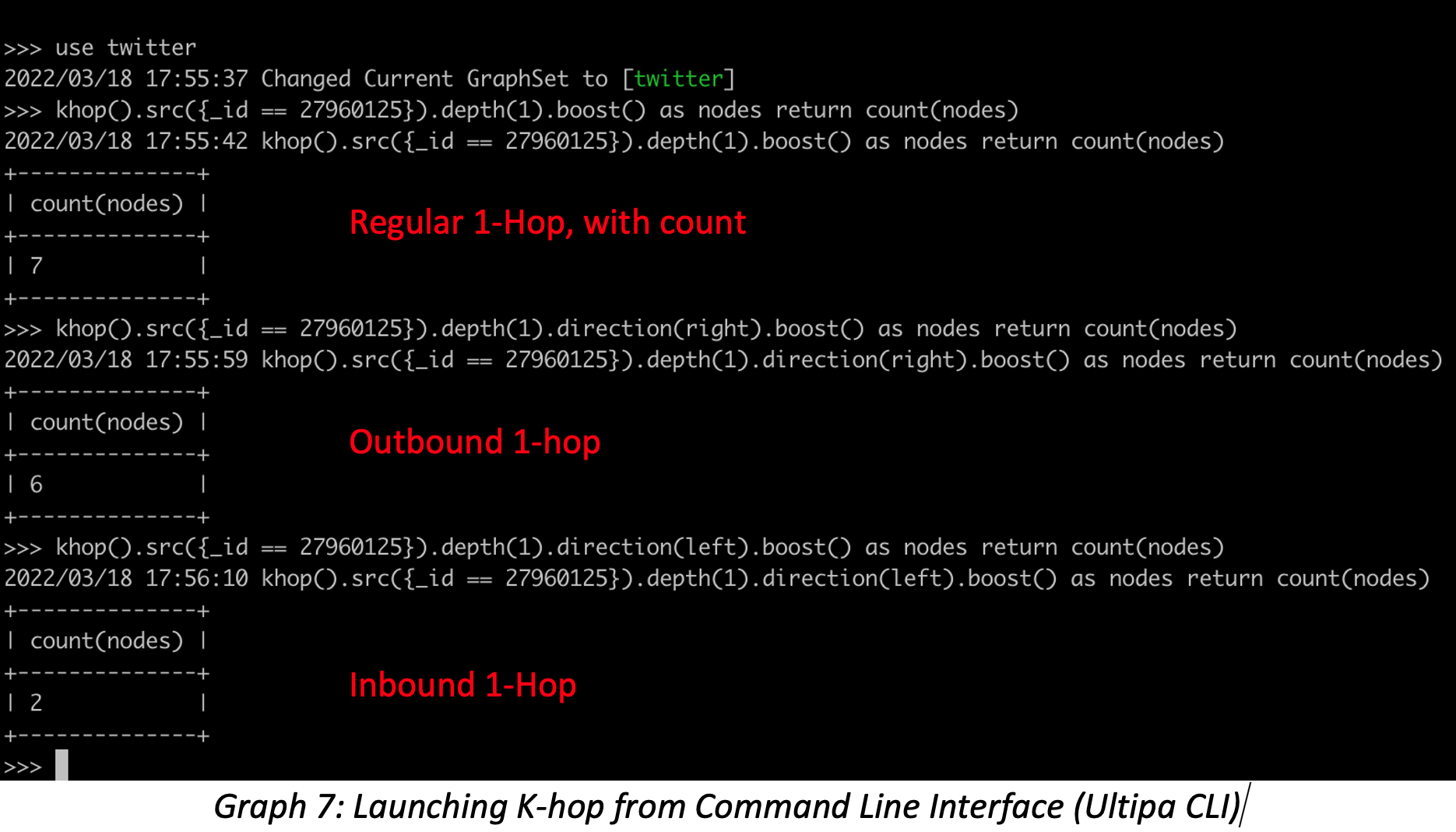 To expand here on K-hop queries, it is possible to launch K-hop per edge direction, the screenshots below show 4 ways for running K-hop: regular bidirectional K-hop, outbound K-hop, inbound K-hop and K-hop with all neighbors. These queries combined can help validate any K-hop query.

If we compare with publicly accessible Tigergraph’s K-hop query results, the vertex ID=27960125 has only 6 1-hop neighbors (shown in Graph 9), and the similar counting mistakes prevail throughout the entire published results on Github.