The advent of the big-data era has not only seen the volumes of the data ever-growing, but also the complexity and variety of data, more and more real-world business decision makings are relying on understanding how data are related to, correlated, or associated with each other.

Traditional database systems like RDBMS are not designed to tackle this challenge, not even newer big-data frameworks which may have great horizontal scalability but not really on real-time processing capacity. You may think that we’re referring to Hadoop in the first place for its incapacity of real-time-ness and would argue that Spark solves this already. Please read on and we’ll show you how Ultipa Graph compares with Spark head-to-head on the following real-time credit-card or loan application decision-making scenario.

There are a few sub-scenarios during a credit card or loan application, they are:

To tackle the above scenarios, we have to first think about how to construct a data model that best addresses the data correlation needs in these sub-scenarios. Here is one simple way to define the schema graphically:

The above schema design is entirely different from a traditional table or column-based SQL-style schema design. When we are trying to find the shortest correlations between any two applications, simply check if the two applications share a common attribute node, such as email, phone, ID#, Device-ID or company. 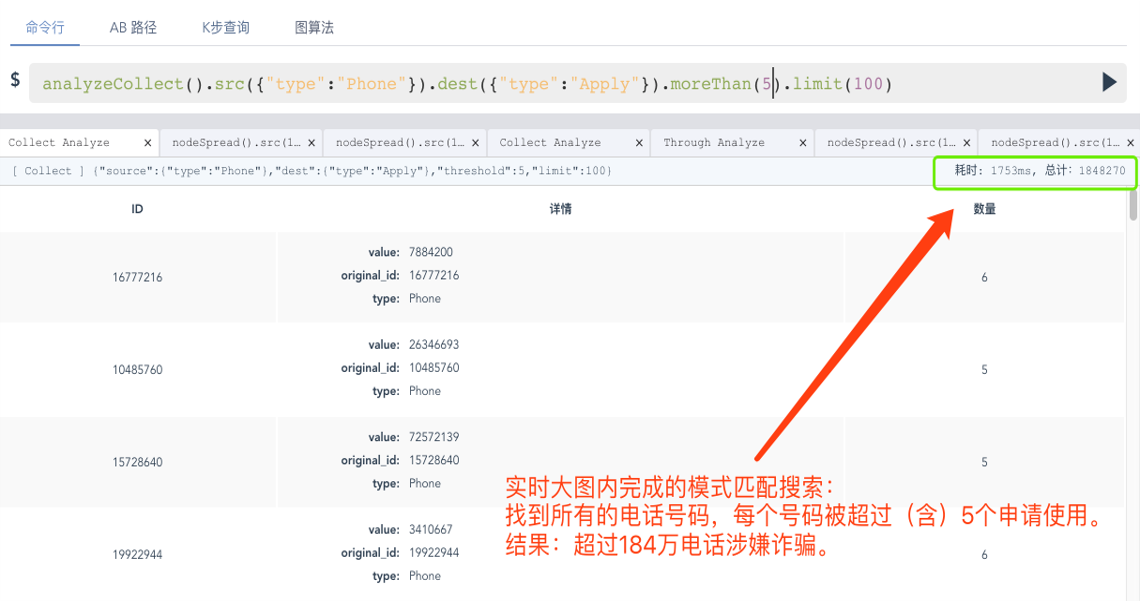 The above screenshot shows that in a large dataset of over 200 million applications and associating attribute nodes, Ultipa Graph takes a 1.x second turn-around time for sub-scenario-1 and Spark system would need at least 13-minute to return, this is a 400-to-500 times performance edge. More than just performance advantages, completing this scenario takes only 1 line of coding:

In sub-scenario-#2 (the first part of the above screenshot), we ran through the entire dataset for applications sharing the same device, which is a common high-risk or fraudulent case, and found that there are over 45M applications having such problems.

In the second part of the above screenshot, the query is being very restrictive as depicted by sub-scenario-#3, there are only 1 pair of applications sharing all the same attributes (Device-ID, Company, Email, Reference, Reference’s Application).

This last query is more time-consuming and computationally intense, and this is usually considered a large-scale batch processing. Ultipa Graph, running in a public cloud environment, takes about 40 seconds to return, however, this would take more than an hour for a Spark cluster to finish.

To verify the above result was correct, simply run a path-finding between the two found nodes, the resulting subgraph is shown in the next diagram: the two highlighted applications sharing 6 common node-attribute. 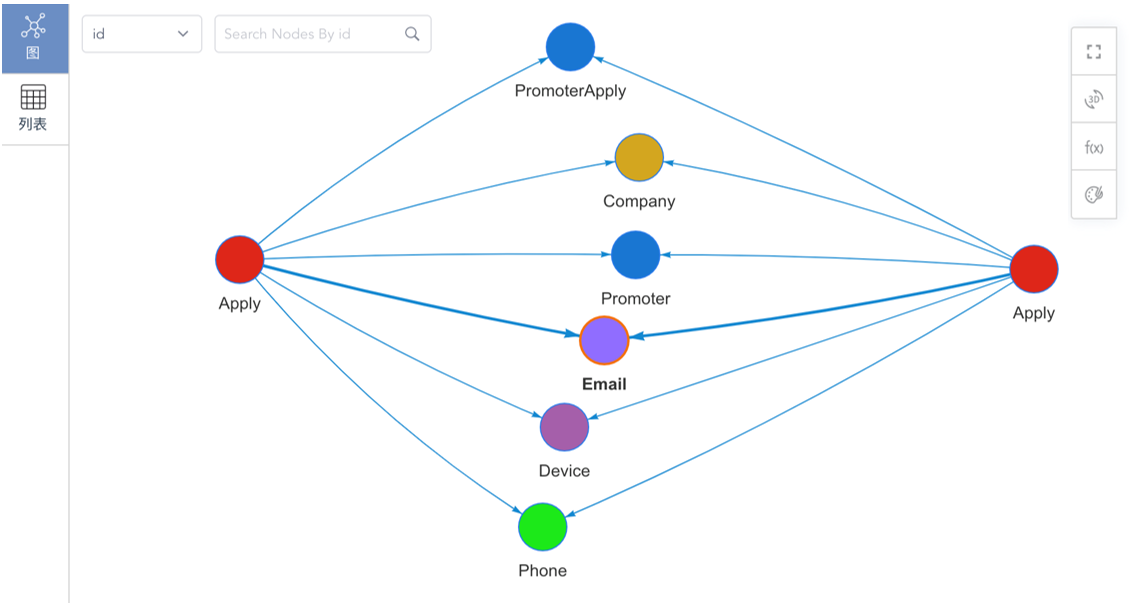 Louvain is a quite recent addition to the graph algorithm family (invented in 2008) and its very useful to help data analysts understand how many communities are formed amongst all the data: closely connected data are considered within a community, and many communities can be formed with each containing certain number of members. It’s very popular among social network analytics, fraud detection, and other scenarios.

The caveat with Louvain is that its original algorithm is a serial one, sequentially computed and very slow, if you are applying it in an anti-fraud setup, real-time-ness is highly desired. Traditional solutions may take hours or days to calculate. In Ultipa, Louvain is rearchitected and re-engineered to be highly parallel and the result is a stunning fast parallel Louvain, with a highly-visualized built-in Louvain DV module embedded in Ultipa Manager (see next diagram) for intuitive comprehension. 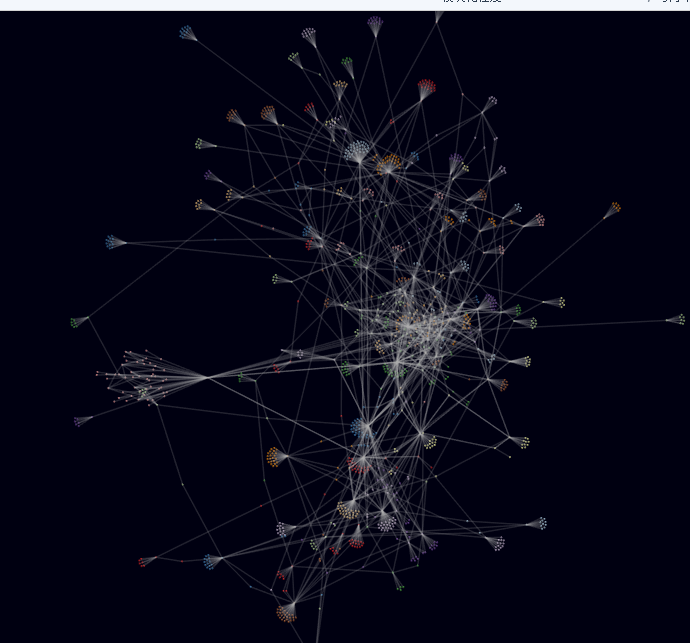 In many scenarios, specifically sub-scenario-#4 and 5, we see that Ultipa’s highly parallel compute engine was able to outperform other systems by 3 orders of magnitudes. The take-away here should be this:

Here is a highlighted comparison matrix between Ultipa Graph, Spark, Neo4j and Python on a large graph with 200+ million nodes/edges: